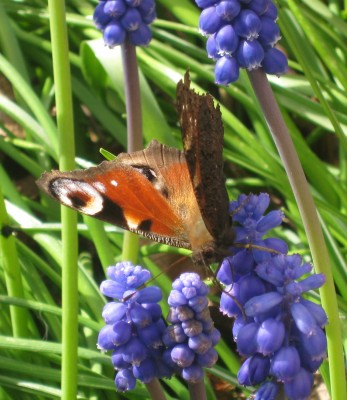 "Again, you have the idea that only certain people hold the key to the Kingdom of Happiness. No one holds it. No one has the authority to hold that key. That key is your own self, and in the development and the purification and in the incorruptibility of that self alone is the Kingdom of Eternity."  (Krishnamurti)

“The goal of yoga is to encourage us to be a little better than we were before. We become better by making an effort and practising patience. When we do this we will not see ourselves beset by so many problems. Our efforts may change in intensity, but over a period of time we will gradually progress. We must actively seize any opportunity that helps us progress.”

The Heart of Yoga, Desikachar 1995 p105 Thoughts on the Yamas and Niyamas

"Man is shut up at present in his surface individual consciousness and knows the world only through his outward mind and senses and by interpreting their contacts with the world.  By Yoga there can open in him a consciousness which becomes one with that of the world; he becomes directly aware of a universal Being, universal states, universal Force and Power, universal Mind, Life, Matter and lives in conscious relations with these things.  He is then said to have cosmic consciousness."  Sri Aurobindo

"How do you let your children know how much you love them? Can they understand their quirks, vulnerabilities and mistakes make them even more deeply cherished? ...our lives pass like the flash of a falling star. A little zap of energy and then we vanish. All that lasts is what we pass on to our children and those we love."  Daughter Father Canoe by Rob Kesserlring

Place your burden
At the feet of the Lord of the Universe
who accomplishes everything.
Remain all the time steadfast in the heart,
In the Transcendental Absolute.
God knows the past, present, and future.
He will determine the future for you
and accomplish the work.
What is to be done will be done
at the proper time.  Don't worry.
Abide in the heart and surrender your acts
to the divine.
Ramana Maharshi

"A non-dower is very often a critic - that is, someone who sits back and watches doers, and then waxes philosophically about how the doers are doing.  It is easy to be a critic, but being a doer requires effort, risk, and change."